Posted by Julianus Soter on July 31, 2016 in General, In-Character

Captain’s log: Julianus Soter commanding VAS Discovery, a Helios-class covert ops. Patrolling the various systems in the region for Drifter-constructed “Unknown Wormholes”, I finally struck success. The Oicx system, directly adjacent to our headquarters of Vlillirier, had at least two wormholes open, and I decided to take the plunge into the mysterious and dangerous Hive systems to gain more intelligence about the Drifter presence there.

While many in the Federation celebrated the death of Empress Jamyl Sarum, meeting her untimely demise by a devastating precision strike by a fleet of Drifter battleships, the Drifter’s vast force and immense military strength cannot be ignored forever. We must gain first-hand knowledge and combat experience with the Drifters, or we will be at a severe disadvantage if hostilities escalated between New Eden and the Vigilant Tyrannos.

With this in mind, I conducted a thorough survey of the Redoubt system, placing the images here for others to review and analyze. 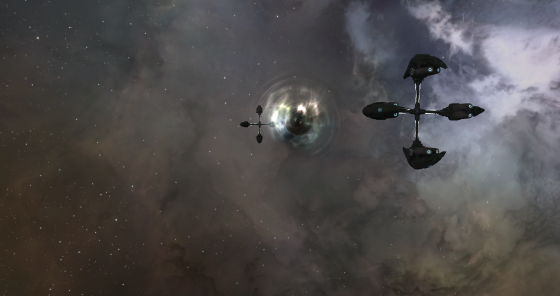 Entrance to the Redoubt, from Oicx system. The structures  apparently stabilizing the event horizon of the Wormhole are clearly Sleeper in architectural origin. The precise means these structures are able to manipulate the fields of space-time is unclear.

The Redoubt in the system is clearly the heart of Drifter operations for the area. Unfortunately, given my lack of manpower, I was unable to penetrate the complex to the central Hive. However, I took the following images.

A set of structures quietly float near the first acceleration gate into the Redoubt. I’m not entirely sure on the purpose of these structures; perhaps they are communications relays or senor arrays. 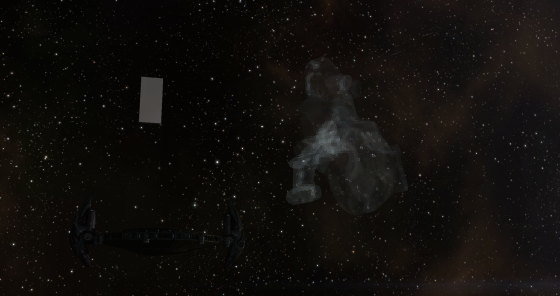 The entrance to the Redoubt. A Sleeper nexus and an unidentified structure loom over the acceleration gates.

A Sleeper combat frigate, guarding one of the entrance chambers. The shattered, ruined planet is in the background. Clearly the structures are shielded enough to withstand whatever was able to destroy the planet.

An unusual spatial anomaly, that allows for a quick return to the entrance of the Redoubt. Another star of this binary solar system burns brightly in the background, its solar flux enhancing armor capabilities and reducing a ship’s sensor signature radius.

Floating past the Sleeper guard frigates, I was able to take the Discovery past the squadron to the Nexus Transfer. What awaited was a spectacular sight to behold.

These vortices seem to violate the laws of physics. What is going on here? A canister-like recepticle awaited at the center of the debris field, requesting an item I did not have. I moved on.

Following this, I took the Discovery out of the Redoubt complex. I decided to investigate the other signatures inside the system.

The Sisters of Eve taskforce waits here, silently collecting data. I can only speculate as to what the Sisters are attempting to accomplish here. They would do well to be more transparent with their mysterious projects.

The fleet contained a full complement of Nestor, Stratios, and Astero class ships. It could put up quite a fight if attacked.

A mysterious probe lingered near a Sleeper Engineering Station in one of these signature locations. I attempted to analyze the probe, but its electronics and materials are unlike anything my ship’s computer had seen before. 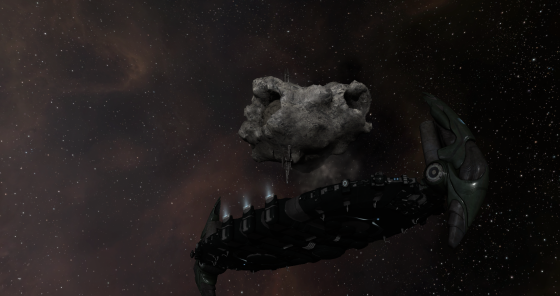 The probe was located between the asteroid cluster and the Engineering Station… very curious. Perhaps an archaelogical dig of some kind? The asteroid contained architecture that did not seem to be of Sleeper origin. 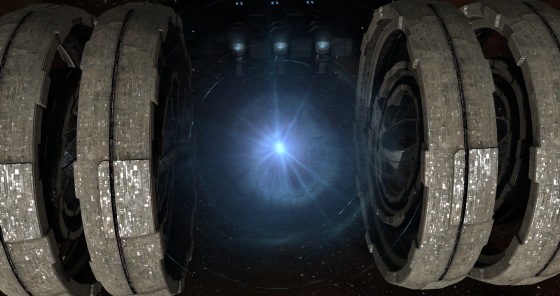 Another complex had two spatial anomalies bracketed by these large, spinning circular structures. Perhaps an early prototype of the now common Drifter/Sleeper wormhole structures? Where would these spatial rifts lead? I was unable to utilize them.

The entire complex was quite large and complex. Mystifying. 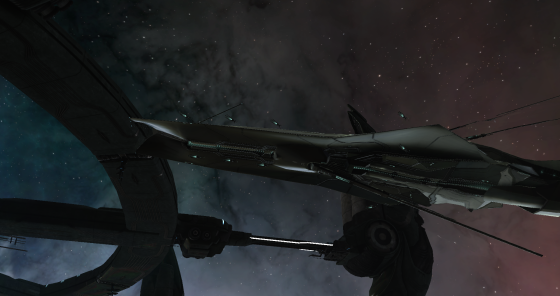 A dreaded Drifter Battleship, Apollo Tyrannos class, lurked near a Sleeper Nexus, escorted by two Circadian Seekers. I would return to test the strength of this warship in an hour or so. 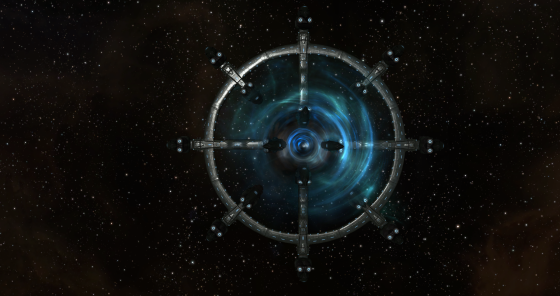 Another bizarre Sleeper construct. The intensity of spatial distortions here had my computer register it as a “violent wormhole”, similar to the ones the Sansha would use during their first invasions of New Eden. Disturbing. It is clear that both the Drifters and Sleepers have perfected the art of wormhole and space-time manipulation.

A vast array of asteroid coral float here, slowly withered away by the solar winds. In between the outcropping of rock, however, there are a number of archaic and clearly ancient ships of unknown origin. They do not show any similarities to either Drifter, Sleeper, or Talocan ships, as we know them. What they are doing here is a complete mystery.

Upon locating the Drifter patrol squadron, I notified by alliance members over fluid router FTL that we needed to form a squad to engage them. I had a plan: by using the radiation produced by the system’s star, I could have my fleet confuse the Drifter’s targeting systems. Heavily armored and afterburner-equipped Enyo class assault frigates would do the trick. This squadron would then be further enhanced by a Skirmish Warefare Link Magus class command destroyer. The Drifter and Sleeper weapons would fumble around attempting to swat at flies, for all the good it would do them. We launched the attack.

Fortunately, we came out of warp close to the patrol’s location. We overheated afterburners and plunged into the fight. We knew that if we could not maintain point blank range, the Drifter’s superior weapons complement would tear our frigates apart. The Enyo stasis webifiers proved critical in immobilizing the target.

The Magus was quickly targeted and focused by the hostile Sleepers and Drifter. I burned my oversized set of afterburners to maximum thrust and pulled into a tight orbit, attempting to mitigate the weapons trained on my position through superior maneuverability. It worked. The Drifter’s shields fell, and the massive superweapon charged and fired. It completely missed an Enyo! Second Strike, the pilot, notified me that his ship did not receive any major damage from the discharge. Tremendous success for our test.

The Drifter eventually crumbled under our combined weapons fire. We disassembled the Circadian Seekers as well, with little trouble. Signature radius does seem to be a key way to winning these fights. 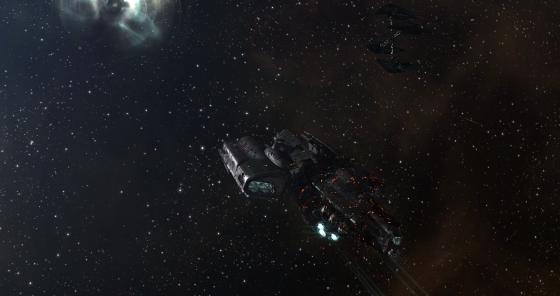 The Magus command destroyer returns to Oicx. Many of its armor modules were burned out and heavily damaged by the brawl. But the GMVA squadron sustained no casualties out of the 4 ships we brought.

The operation was a success. We also reclaimed several Sleeper data modules and four Antikythera Elements to bring back to Vlillirier for further analysis. We will conduct further patrols in the area to see what else the Drifters may be hiding, in the weeks to come.

← The Creation of the Villore Assembly
Battle of Tartarus: Astrahus Siege in G5-EN3 →